Franktuary was founded in downtown Pittsburgh in 2004 when college friends Megan and Tim shelved their degrees and started slinging franks from the basement of historic Trinity Cathedral. The duo has been serving their signature frankfurters for over a decade, topping them with locally sourced regional and ethnic condiments. Though they have left the cathedral basement behind, the spirit of the original Franktuary lives on in its Lawrenceville bar and restaurant, the mobile food truck, and, of course, in the name.

Franktuary has won numerous awards for its quality food and atmosphere, including Pittsburgh Magazine’s “Best Downtown Lunch Spot” in 2008, 2009, and 2010 and “Best Hot Dog” in 2013 and 2014. It has also received national press via the Food Network, Fox News, BarackObama.com, the Southwest Airlines blog, and Newsweek. In 2015, Franktuary Lawrenceville earned a Gold certification from Sustainable Pittsburgh Restaurants as part of the small inaugural wave of qualifying restaurants! 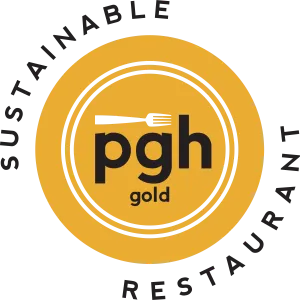 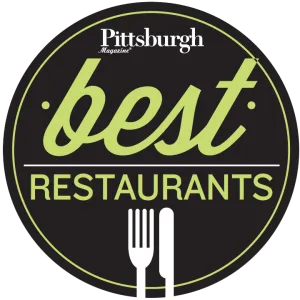 When a guest trusts us to make their meal, we take that responsibility seriously. That’s why we make an extra effort to know the path our menu items take from their source to the plate.

We believe that ingredients cultivated in their natural environment will universally result in a healthier, tastier, and more sustainable meal.

We know what an overwhelming process it can be for someone who works outside of the food industry to understand the source of the food they are eating. It is our pleasure to speak candidly with you about our farmers, our ingredients, and our choices!

Many of the same questions come up regularly about our food. Here are some examples of the values we hold: